A Historical Overview of N.A.N.A. and Normande Cattle in the U.S.

Our association has roots that go back to 1974 and 1975, to the original importation of Normande cattle and semen into the United States. Soon afterward, the American Normande Association was founded with headquarters in Kearney, Missouri. Sam Barr, a well-respected Angus breeder from Kearney, was one of the most influential original U.S. Normande breeders. He had a number of imported female's embryo flushed to rapidly expand available full blood heifers and bulls. Jay Swisher and Sons from Groto, South Dakota also imported French heifers and the bull, Norman I; they quickly became the largest Normande breeder ever in the U.S. Their herd grew to 500 full blood, purebred and percentage Normande cows. Several bloodlines of full blood cattle currently registered by NANA go back to this outstanding herd, and the Barr herd as well. In total in the 1970’s, 23 Normande heifers, 6 bulls and semen on 9 other bulls were imported into the U.S. and Canada.

For approximately 8 years, the organization registered a large number of half-blood Normande females from members located in several states at the time. The active members were mostly commercial cattlemen and were not active showing cattle at livestock exhibitions. This hindered promotion of the breed to some extent, but these operations proved the worth of the Normande breed in the beef cattle industry.

In 1982, Craig Ouverson from Hanlontown, Iowa, became disenchanted with the American Normande Association -the Association would not register some of his full blood bulls due to an ownership dispute over some E.T. calves. Craig felt strongly that the Association wasn't doing enough to promote the breed by having displays at major cattle shows and holding competitive Normande exhibitions.

He organized N.A.N.A. in 1982 with the registry located in Ames, Iowa. The original by-laws required an 11-member board of directors. The original board included current N.A.N.A. members Keith Miller, Bruce Bolen and Ralph Reel. Personally at the time, I had owned Normande cattle since 1981; had joined the American Normande Association that year and was elected to their board of directors in 1984. That same year, discussions began to join the two organizations because there were too few Normande breeders to sustain two separate organizations. In 1985, directors of the American Normande Association agreed to disband and have all papers of record transferred to N.A.N.A.

Soon after the merger, the N.A.N.A. office was transferred to a breeders residence in Clear Lake, Iowa. The firm in Ames, Iowa that had been doing registrations for several breeds had gone out of business. As a result, registration papers began to be processed very slowly. Soon dissention began to surface in the relatively new association. In addition, President Ouverson had failed to call any Board or Annual Meetings for almost 3 years. This necessitated a “board action” to call for a reorganization meeting to address the needs of members who were desperate to have their registrations updated and to see the Association move forward.

In 1988, a special membership meeting was held and the Board of Directors was reduced from 11 to 6 members - this number better suited the existing number of active members. At this meeting I was elected onto the board of directors and voted in as President. My wife Judy offered to take over the Registry Secretary position for the Association. The Board accepted her offer, and the Board decided to relocate the N.A.N.A. registry office to some available office space in my veterinary hospital in Hibbing, Minnesota.

My wife volunteered her services to the Association for 8 years and drew a small salary for 6 years after that. Membership numbers increased during this time to as many as 60 members, and at least 2 Board Meetings and 1 Annual Membership Meeting were  held each year.

In 1995, Bruce Bolen and I became interested in promoting the dairy aspects of the Normande breed to  U.S. dairy producers. We had heard they were crossing Jerseys and Holsteins on some Midwest farms. We felt strongly that the Normande could do as much for component values as a Jersey and would certainly add strength and improve the carcass value of Holstein crossbred steers. 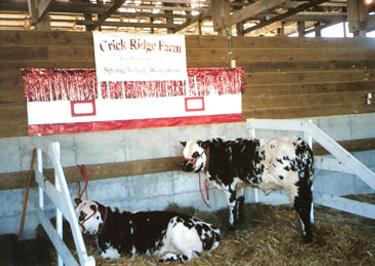 In 1994, I was able to accomplish the first importation of Normande semen from France in over 20 years. In 1995, some of the top bulls from France became available with semen on the top French sire, Diametre, entering the U.S. that year. in 1996, N.A.N.A. sponsored a display of Normande cattle at the World Dairy Expo. The display featured 5 head of full-blood Normande cattle and a Normande/Holstein crossbred cow. Reception was very positive, so a display was set up at the 1997 World Dairy Expo. The display that year featured a Diametre sired ET full-blood heifer that went on to produce the first line of U.S. full-blood Normande dairy females from top sires from France.

Jerome Chateau joined our association that year and was a part of our 1997 World Dairy Expo display. He had recently convinced his native countrymen to significantly lower the price of French Normande semen by over 60%. This improved the affordability of Normande semen for dairy producers across the country and fueled the explosion of Normande cross breeding in dairy herds starting in 1998.

This development fostered many discussions in our organization on how to best promote the Normande breed for both beef and dairy applications in the U.S. cattle industry.

N.A.N.A. expanded the Board of Directors from 6 to 9 members to ensure adequate representation from both beef and dairy interests. Because most dairymen purchasing Normande semen were unlikely to register offspring and breed up to purebred status, the Board felt there would be too few Normande purebred breeders in the U.S. in the near future to support a separate organization for promoting dairy interests. In addition, I feel the Normande breed will likely never become a major player in either the beef or the dairy sectors of the U.S. cattle industry. At best, it will nicely fill the niche market for grass based organic dairy products and homegrown organic beef.

In 2002, my wife retired as Registry Secretary and the breed office was moved to Elroy, Wisconsin. Darline & Gary Nicholson are doing a good job of maintaining the registry and producing a noteworthy newsletter as well. Their dedication to the endeavor is obvious and very crucial to the success of our organization.

Association members feel strongly that the outstanding carcass qualities of the breed and the grazing ability of our efficient high component producing Normande cows can be adequately promoted by one organization alone. Interestingly, the largest population of Normande cattle on the planet is in Colombia were the Normande are raised in both dairy and beef operations. It has worked there for over 100 years, so the Normande breed should be able to survive in the U.S. as a multi-purpose breed.  In my opinion, the current leadership of N.A.N.A. has the diversity, commitment and pride to ensure a successful U.S. CINOR in 2006 and a bright future for the Normande breed across the U.S. 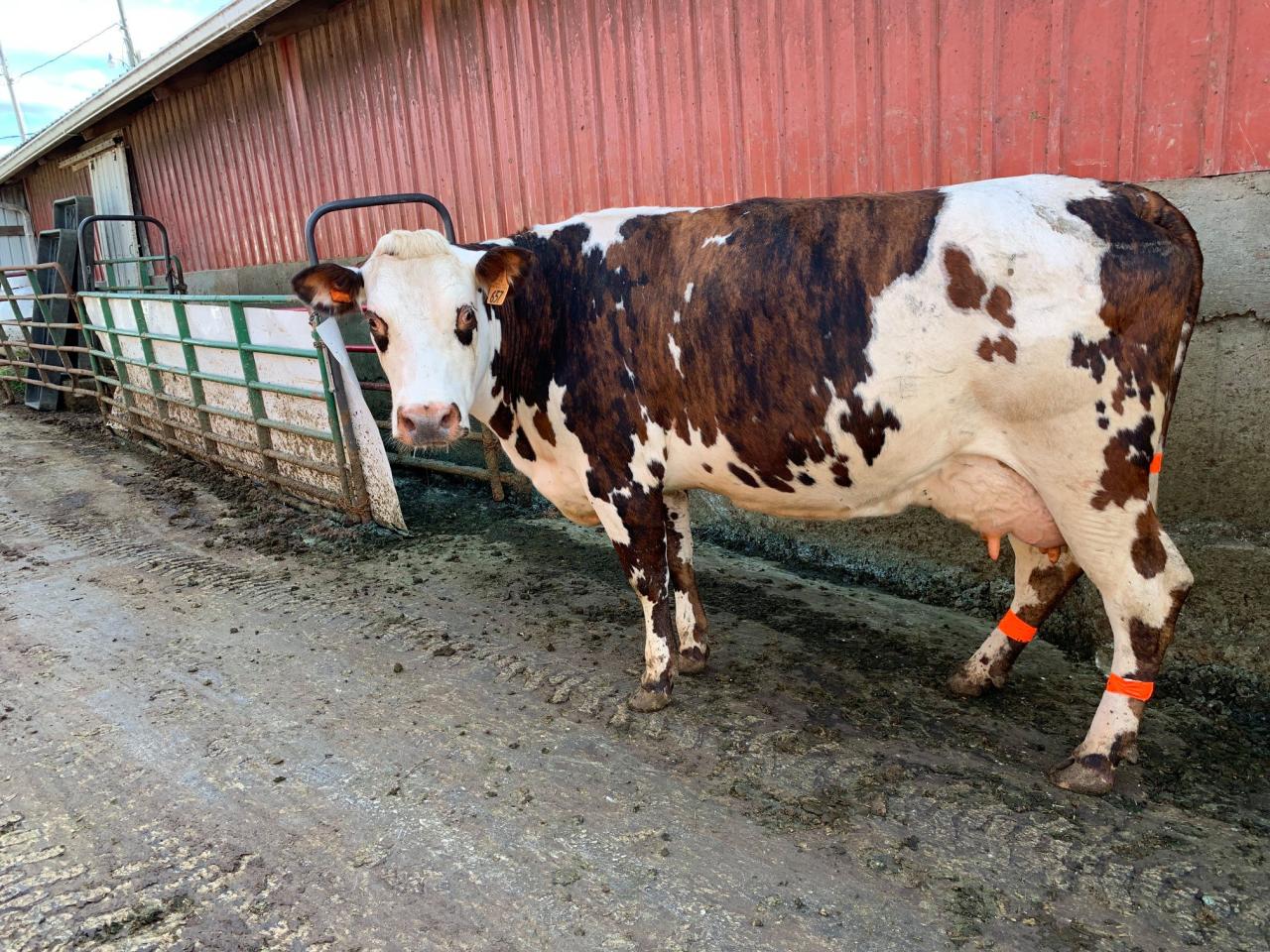